Stalker arrived at his idol’s family home after she blocked him on all of her social media accounts; the girl’s father shot him to death 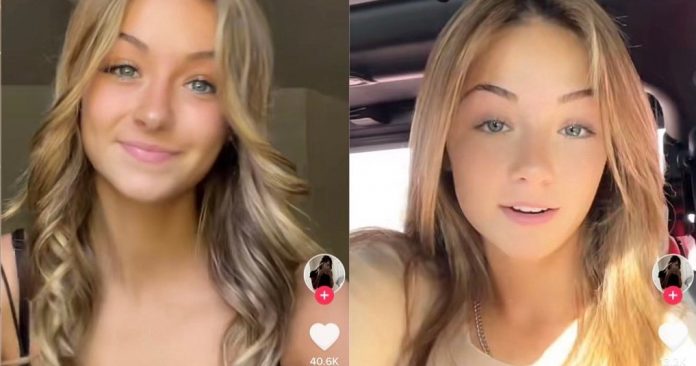 The rising social media star and her family said that the alleged stalker reportedly arrived at their family home, armed with shotgun, and demanded to meet his idol in person. The girl’s father then fatally shot the stalker. The girl’s father initially thought that the 18-year-old stalker is ‘one of these keyboard cowboys.’ But, unfortunately, he was wrong. The stalker barged onto the family property and shot through their front door.

The girl from Florida, Ava Majury, created a TikTok account in 2020 when she was 13-year-old. She became popular and gained more than 1 million followers by sharing videos of herself dancing and lip-synching to trendy music.

The girl noticed she kept receiving messages from one particular fan across three of her Tiktok, Snapchat and Instagram account.

But, the 18-year-old man then managed to connect with some of Ava’s classmates. He reportedly payed them in exchange for photos of her and her cellphone number. The girl then unfollowed her friends from Florida and from back in New Jersey.

The girl also said that she was given permission by her parents to sell the 18-year-old man a few selfies that had already been shared on Snapchat.

Ava Majury reportedly said: “I wasn’t sending anything of my body. It was just pictures of my face, which is what I assume that he was paying for. My whole thing is my pretty smile — that’s my content.”

The 18-year-old then started requesting pictures of her feet and other parts in exchange for money. She then blocked the 18-year-old man on all of her accounts. Justin then send her three payments of more than $600 and begged her to unblock him.

Rob Majury, the girl’s father, who is also a retired police lieutenant, ordered Justin to stop contacting his daughter. Rob initially thought that Justin is ‘one of these keyboard cowboys.’ But, unfortunately, he was wrong.

On July 10, 2020, the 18-year-old man reportedly barged onto the family property and shot through their front door.

The girl’s father saw the 18-year-old man on their front lawn and called 911. Rob then chased the teen suspect. Unfortunately, he tripped and fell, and Justin fled.

Rob then grabbed his firearm and stood guard until police arrived. Justin returned before the officers arrived, refused to drop his shotgun and pointed it at Rob.

The girl’s father shot and killed the stalker. The responding officers said that the 18-year-old man was reportedly carrying two cellphones containing thousands of pictures of Ava.

The Sheriff’s Office released the following statement: “The subject was most likely a stalker that resulted from her daughter’s extensive social media involvement.”

This incident remains under investigation. Ava continues to remain on TikTok and other social media platforms. This story will be updated as new information become available.