Students are calling for a law professor to be suspended after she said the country would be better off with fewer Asians, and that Blacks and Asians are resentful of Western peoples’ outsized achievements 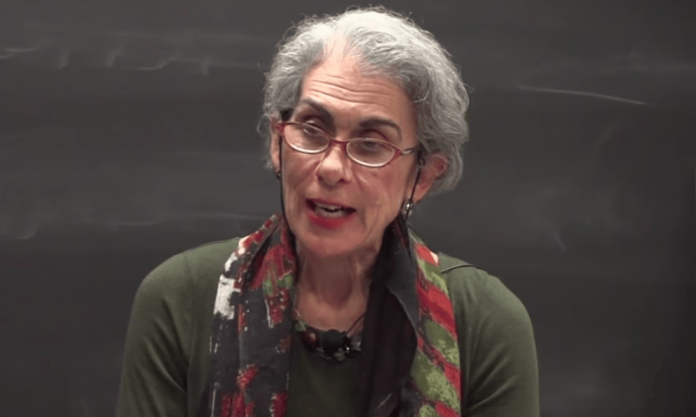 Black and Asian law students are calling for a university professor to be suspended after she reportedly said that the country would be better off with fewer Asians and that Blacks and Asians are resentful of Western peoples’ outsized achievements. The students are calling for the professor, who for years has espoused openly racist rhetoric, to be suspended from campus and prevented from speaking to students. The students are demanding that the school suspend the professor while investigating her employment and conduct in accordance with behavioral conduct and grading policies.

According to the letter, in one interview, the professor reportedly said that the U.S. would be better off with fewer Asians, and that Blacks and Asians are resentful of Western success.

The law students are calling for the professor, who has taught at Penn since 2001, to be removed from all teaching duties. According to the letter, the professor should also be investigated if her grading of students of color has been fair during her two decades at the school.

The investigation should be completely transparent to students and Wax should be suspended from campus grounds during the process, NBC News reports.

“It’s a bit scary thinking about the impact that she’s had teaching at Penn for so long. Professors are supposed to teach the law in a neutral way, in ways that law students can form their own thoughts about the law.

But clearly she doesn’t hide what she truly feels about the different minority groups in America. It’s hard for me to believe that it wouldn’t shine through in a classroom setting.”

A spokesperson for the law school released the following statement:

“The University of Pennsylvania Law School has previously made clear that Professor Wax’s views do not reflect our values or practices.

In January 2022, Dean Ruger announced that he would move forward with a University Faculty Senate process to address Professor Wax’s escalating conduct, and that process is underway.”

During an interview with Gad Saad, professor Wax reportedly said:

“My case is on some level not about me. I’m just roadkill, I’m a casualty in the culture wars. What I see being said and done with respect to me is truly alarming. It is a total repudiation of the very concept of academic freedom.”

The students are also demanding that the law school provides transparency into its tenure requirements and behavioral conduct proceedings, as well as provide alternative professors to teach Wax’s courses.

“As descendants of enslaved ancestors, immigrants, refugees, asylum seekers, and persons holding multiple identities among these, we reject Amy Wax’s hateful rhetoric that we and our communities are dangerous, inferior, do not belong, have made fewer contributions, and are inherently less able to utilize the law because of our skin colors or heritages. Minority law students belong in the spaces they occupy.”