Taliban angry and betrayed after US military leaves ‘inoperable equipment behind’ 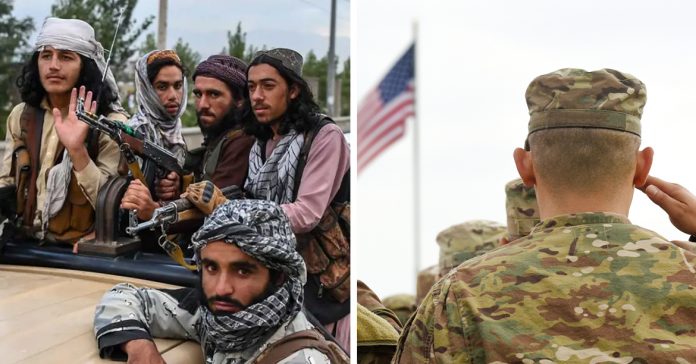 The United States has left the Taliban disappointed, angry” and betrayed with their decision to disable and destroy various heavy machinery and military equipment ahead of their withdrawal from Afghanistan. August 31 marked the last day of the U.S. presence in the country since their invasion in the wake of the September 11 terror attacks in 2001. The move to get U.S. citizens on Afghanistan soil to safety became a chaotic scramble when it became apparent that the Taliban’s recapture of the country was going to take far less time than even the most pessimistic of projections.

Yet one thing the U.S. were able to do without issue, it would seem, was destroy machinery and military equipment such as planes and helicopters that were set to fall into Taliban hands after their takeover.

For their part, at least according to reports, the Taliban had expected international forces to leave behind working equipment since it had been provided to the Afghanistan government and so considered a “national asset”.

Yet the U.S. military conducted a string of operations to “demilitarize” dozens of aircraft before leaving Kabul’s airport, meaning that they cannot now be used by the Taliban.

A Taliban official was said to have told a reporter during a tour of Kabul airport that the extremist organization was of the belief that they – as the new rulers of Afghanistan – should have access to the equipment provided to the country by international forces.

The reporter added: “They are disappointed, they are angry, they feel betrayed because all of this equipment is broken beyond repair. They say that they expected Americans to leave helicopters like this in one piece for their use.

“When I said to them, ‘Why do you think that the Americans would have left everything operational for you?’, they said, ‘Because we believe it is a national asset and we are the government now and this could have come to great use for us.’”

Records reported by the BBC suggest that before the capitulation of the regime last month, the Afghanistan military had 167 aircraft. Of those 167, 46 planes and helicopters were transported to Uzbekistan so that they were well away from the Taliban, while a further 73 were “demilitarized” by the U.S. before their departure.

Gen. Frank McKenzie, commander of the US evacuation mission, confirmed at a press conference that his troops had removed weapons and landing equipment from several planes and helicopters shortly before the last departure from Kabul’s airport on Tuesday night.