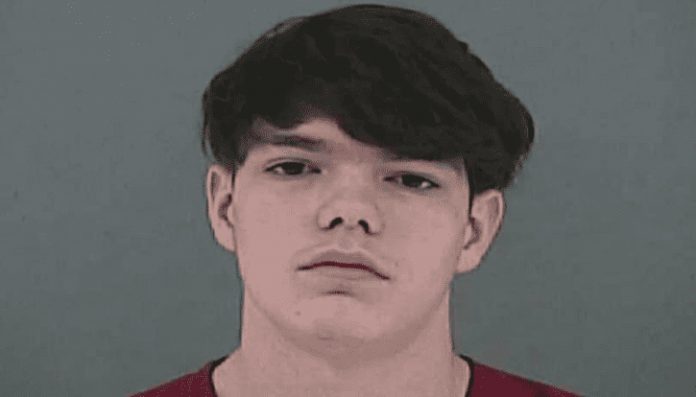 A teenager fatally shot his mother with her own handgun because she took away his cellphone from him. The son was 16 years old when his mother decided to take his cellphone away. Later, while his mother was soundly asleep in her room, the teenager took her handgun from the nightstand and then stepped out of her bedroom.

To make sure his mother wouldn’t hear him, the teenager, Shawn Willis, loaded the gun in a different room of their home in Tennessee before returning back to his mother’s bedside. The teenager then stood over her bed and shot his sleeping mother, Sandy Willis, in the head.

The teenager “later called his girlfriend to report his mother was in the bed with blood on her,” stated court records. “His girlfriend’s father arrived at the home and checked on the mother, finding her deceased. The son gave numerous conflicting stories as to what had happened, but weeks after the incident, he was interviewed by the detective in this case, where this defendant did admit to shooting his mother in the head as she slept.”

After the killing that took place in April, 2020, 38-year-old Sandy was found with two gunshot wounds to her head.

“The proof will show that this defendant was angry with his mother, Sandy Willis, for punishing him by taking his cell phone away from him,” said court records. “This defendant waited until his mother fell asleep and retrieved a gun from his mother’s room.”

A recently released juvenile court petition said, “Shawn T. Willis confessed to taking his mother’s pistol from off of her nightstand as she was asleep. Shawn took the pistol downstairs, as to conceal the sound of loading it, then Shawn returned back upstairs to his mother’s room. Shawn walked around the victim’s bed, to the opposite side of the room, positioned himself alongside her bed, and shot her at close range, on the left side of her head, thus causing her death.”

More than a year after the incident took place, Shawn turned 18 years old this year in the month of August, and he was transferred from a juvenile court to a criminal court.

Because Shawn was a juvenile, details about the case were kept hidden after Sandy’s death. However, now that Shawn is 18, information about the incident is coming to light, and his neighbors are distraught over the new revelations.

“It’s sad. I had no idea,” said one neighbor, Sarah Wilson. “That was mom. Mom holds your family together. When she’s gone there is no glue.”

Some of their neighbors also revealed that Sandy and her family were the kind of people that kept to themselves. One individual also said that a father and other children were also present inside the house at the time. Currently, Shawn is being held on a $1 million bond. Having turned 18, Shawn will be charged by prosecutors as an adult for first-degree murder.