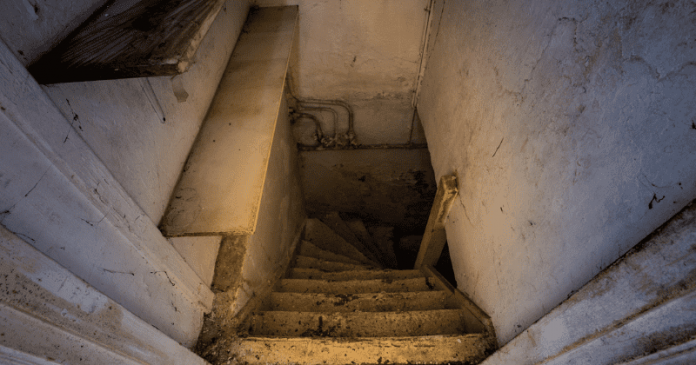 Growing up, you must have had several arguments with your parents. But the anger resulting from those disagreements seldom lasted for a long period of time. That wasn’t the case for Andres though. When he was 14, he got into a small argument with his parents after they told him that he couldn’t go into the local village wearing his tracksuit. To channel his frustrations, he stayed back at his home and began attacking the ground in the garden, using his grandfather’s pickaxe. What he didn’t foresee was that he would continue digging the ground until he created his personal den.

What began as a way to manage his anger, ended up becoming a bizarre obsession for Canto, who is now 20. His passion project began 6 years ago, and it is now a full-blow underground structure that is comprised of a living room and bedroom! Canto has carefully carved steps that lead to his underground masterpiece. An actor by profession, the 20-year-old shared that he doesn’t really remember what had prompted him to channel his rage by digging a hole in the property of his family home of La Romana, Spain. But he recalls that the process of plowing the ground helped him keep his temper in check and wind down in the evening after school.

He would blissfully work on his excavation for several days a week. Initially, he would only use his hands to do the work, but the process sped up after his friend Andreu brought his pneumatic drill over. Now Canto was no longer alone as Andreu would help him dig the ground. The pair spent nearly 14 hours every week digging up almost 10-foot into the earth. He didn’t really have a plan as to how his retreat was going to look like, and the layout would often be determined by the obstacles that got in the way of his project. “Sometimes I came across a big stone and it could be frustrating after hours of digging that I had done almost nothing,” shared Canto.

In the beginning, Canto used to remove all the rubble and soil using his hands and bucket. However, after Andres got involved in the project, he began studying various excavation techniques and ultimately developed a pulley system to transport the rubble to the surface without exerting too much effort and time. After reaching the desired depth, their first challenge was to ensure that the roof wouldn’t collapse. Thus, he strengthened the ceilings using arched entrances and vaulted ceilings with reinforced columns to prevent it from collapsing. The kids clearly knew what it took to go into such critical but enhanced details.

Next, they created two rooms and installed a heating system, a music system, as well as Wi-Fi, which is transmitted by his phone from the cave entrance. Moreover, the underground home is the perfect cooling retreat to escape the heat during the summer months. Now for the best part, this whole project costed him a total of just £43 ($60.87). “It’s great, I have everything I need. It can be tiring to work here as it is wet and there is not much air going around, but I have found my own motivation to keep on digging every day,” he shared.

“I have always liked to build little huts. I live in the countryside and often when I found abandoned wood there, I would build a nice house. I was a kid with a lot of imagination,” he added. While Canto plans on expanding his underground getaway, he did reveal that the cave occasionally gets floods during days of heavy rainfall. As a result, it often attracts spiders, insects, and snails.

As for whathis parents thought about this strange project, he revealed that hisf folks didn’t have a problem with it. Although the local authorities did visit to ensure it wasn’t breaking the legal norms. But they could not find any issues with it as it didn’t fall into the categories of a storage structure, basement, or an extension.