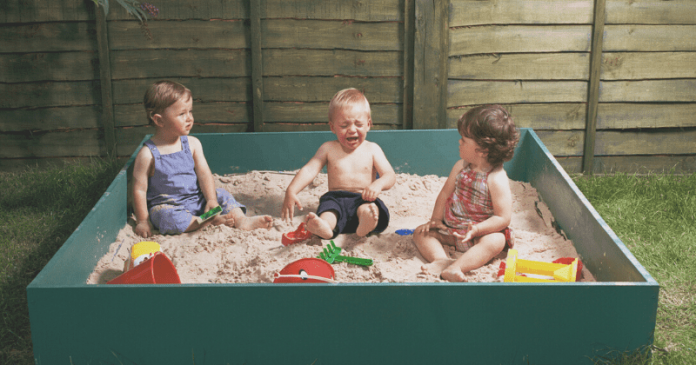 A teenager has been accused of assaulting children at a nursery. Despite there being CCTV evidence of the nursery worker sexually assaulting the children, the accused teenager denies inappropriately touching the little ones that were aged between two and four at the time.

The teenager, Jayden McCarthy, who is now 18 years old, is accused of assaulting seven girls and one boy while working at a nursery in Devon, UK. Jayden was 16 years old back then and worked at the nursery for over a couple of weeks in July 2019.

The alarm was first raised after one of the little girls returned home from the nursery in an outfit that was different from the one she went in. She also told her mother about being sexually assaulted by Jayden.

The nursery soon suspended him, and an investigation involving social services began.

What the staff later saw in their CCTV footage was Jayden inappropriately touching the little children while playing with them or rubbing sun cream on them. Jayden would also reportedly encourage the children to crawl over him on the floor.

Before being appointed as an apprentice nursery assistant, Jayden managed to convince the owners that he was a good fit as he had adequate references. He also passed the usual checks and underwent training before starting the job. Once he started working at the nursery, other staff members noticed that he would sometimes be immature while looking after the children. But they didn’t attribute it to anything more than his young age. After the accusations of sexual assault came out, the nursery eventually closed down.

“This is a case about a series of sexual assaults that were carried out by a member of staff on children who attended the nursery,” said prosecutor, Jason Beal, in court. “Over the course of several weeks in 2019 Jayden McCarthy sexually assaulted nine children. These assaults were of varying degrees of seriousness, ranging from touching children over and under clothing in their private areas to an incident of rape.”

After about 250 hours worth of CCTV footage were sieved through, the police found 13 “incidents” where Jayden sexually assaulted the children while no adults were around, revealed Beal in the Exeter crown court.

“The defendant was caught on CCTV sexually assaulting children on various days over a period of 10-29 July. There were eight children involved and they were aged between two and four,” Beal said.

Adding that the CCTV footage showed a pattern of Jayden putting his hand under the children’s clothes, Beal said, as quoted by BBC, “…It is the cumulative effect of his actions being repeated that allows you to see the full picture. These are not isolated incidents which have been put together to create a misleading picture. This was repeated behaviour.”

In court, Jayden pleaded not guilty to raping one child and sexually assaulting eight others. He also denied offenses in an incident unrelated to the nursery, where he is accused of raping a child a few years earlier. At the moment, the trial is still underway.