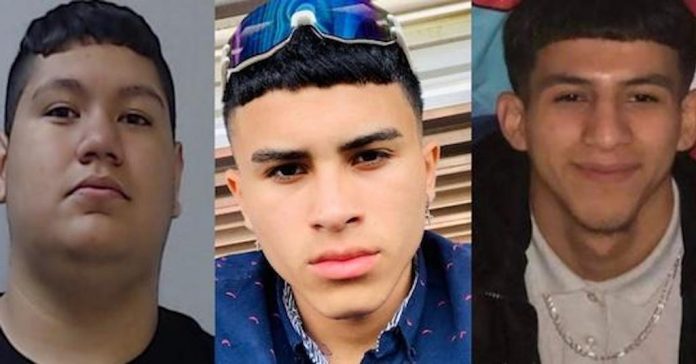 Two brothers and a friend are accused of beating 42-year-old man and leaving him to die in a field. The three Texas teenagers are facing a host of charges in the Thursday beating where the victim’s body was found by a farmer.

Severe blunt force trauma to Gabriel Quintanilla’s head was noted by experts. According to reports, police reported that a minor, later identified as Quintanilla’s daughter, accused him of inappropriately touching her at an RV park.

“When brothers (Alejandro) and Christian Trevino found out, they became enraged and confronted Gabriel Quintanilla at the residence. A physical fight ensued between the three and the victim Quintanilla left the location on foot,” a news release from the Police Department mentioned.

Quintanilla is the stepfather of both Alejandro and Christian Trevino, both of whom are half-siblings of the nine-year-old girl who made allegations, according to reports. Investigators said that Christian Trevino chased Quintanilla to a nearby apartment complex.

“A second assault occurs there when Alexandro Trevino and a driver of a red Dodge Charger, Juan Eduardo Melendez, catch up and join the assault towards the victim,” police said. The three suspects then left the apartment, changed vehicles, and drove back, where they found an injured Quintanilla walking alone.

The man was then allegedly assaulted a third time before being placed in the bed of the truck and dumped in a field. “A third assault occurs and the victim is severely beaten.

The victim who is still alive is placed in the bed of the truck and drove off and ended up in the McColl and Whalen Road (area) where the victim was dropped off in an open field and the suspects fled,” police said.

Quintanilla had a warrant for continuous sexual abuse of a child and assault family violence at the time of his death, according to officials. “This investigation was complex having multiple scenes. I am proud of how our detectives were able to put the pieces together in such a short time,” Chief of Police Andy Harvey said in a statement.

Deputy Chief Juan Gonzalez pointed out that Alejandro is not charged with capital murder because his brother and Melendez are the ones accused of dealing the fatal blows.