“The baby was left alone for 19 hours before the parents realized she wasn’t breathing”, Mother left her 10-month-old baby daughter starve to death; sentenced 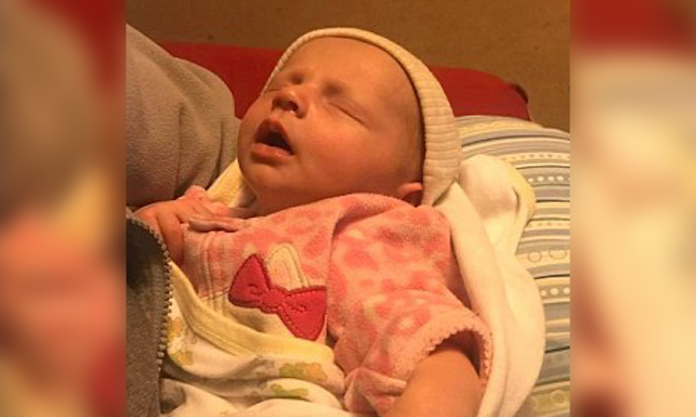 According to the court documents, the 30-year-old mother was sentenced to life in prison without the possibility of parole for the murder of her 10-month-old baby daughter. The mom was sentenced on Wednesday. Prosecutors said a jury on Oct. 15 found the defendant guilty on charges of first-degree murder and first-degree child abuse. The defendant was also ordered to pay all fines and court costs.

The 30-year-old mother from Michigan, Tatiana Fusari, initially pleaded no contest to charges of second-degree murder and second-degree child abuse, but the court allowed her to withdraw that plea and let a jury decide her fate.

On Aug. 2, 2018, the parents called police and said that they found their 10-month-old baby dead in her crib. But, investigators revealed that the baby had been dead for at least 72 hours before the 911 call. The responding officers described the baby’s cheeks and eyes as being sunken into her head. Investigators say “the baby was left alone in her room for 19 hours before the parents realized she wasn’t breathing.”

An autopsy performed by the medical examiner determined that the her daughter’s, Mary Welch, death was the result of malnutrition and dehydration. Prosecutors alleged that the infant hadn’t been fed in days, having gained only a single pound in the ten months since her birth.

The mother reportedly told prosecutors that she was the victim of abuse at the hands of her husband for years, telling jurors that her husband had held a gun to her head and raped her.

According to reports, the defendant said: “He takes the AK out of the closet and he tells me to get on my knees and he puts the gun to my head. And at this point I don’t know why he’s angry. I don’t know what I could’ve done this time for him to be so upset with me to put a gun to my head.”

The defendant also said that her husband attempted to perform an exorcism on her when she was pregnant with their fourth and youngest child.

She said that the abuse at the hands of her husband ultimately prevented her from being able to protect her child. She also claimed that she fed and nursed the baby despite the fact that the autopsy revealed that she had not had any food for days.

According to reports, the parents didn’t bring the child to a doctor because they worried about Child Protective Services, lacked trust in medical services, and had religious reasons against it.