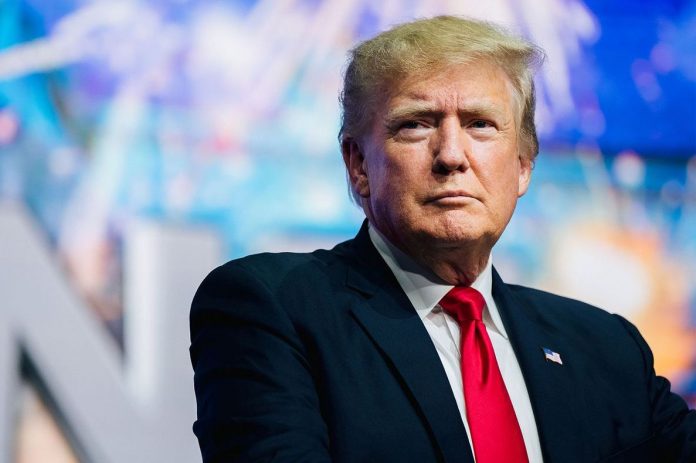 Trump has managed to raise $100 million and he plans to use the money to help Republicans regain control of Congress next year and the White House in 2024 if he himself doesn’t run for president again.

According to Federal Election Commission filings, Trump reportedly raising an unprecedented $82 million during the first half of 2021 and now has $102 million in his political action committee coffers.

Trump is the first former president to reporting having nine figures in donations for her political operation, and all of it came despite being banned from the major social media platforms.

Trump’s fundraising effort is spread out over various committees including: “Save America, a leadership PAC he launched shortly after losing the 2020 election; Make America Great Again PAC, his old campaign account which was converted into a PAC this year; and a joint fundraising outfit that sends its funds to the other two groups.”

And earlier this year, the former president signed on on the creation of the Make America Great Again Action, an organization that can raise and spend unlimited amounts of money.

And the massive fundraising has led seasoned political watchers to determine that Trump is planning to stick around.

Trump slowed down his fundraising efforts for a short time following the breach of the U.S. Capitol Building Jan. 6, but that incident did not seem to affect his fundraising ability after he restarted again in the spring.

Most of what Trump has raised so far is expected to be utilized on chosen GOP candidates who will try to wing back the House and possibly even the Senate during next year’s midterm elections.

One person familiar with the president said that he is expected to play an active role in campaigning for chosen candidates.