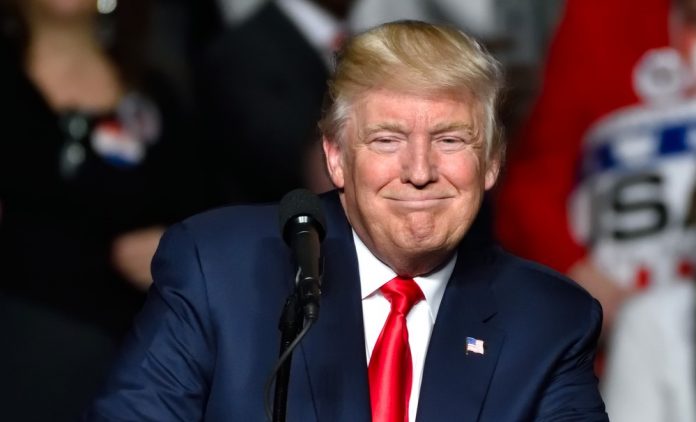 Donald Trump responded perfectly after a new poll showed that the Republican Party is solidly behind him as the party leader. According to a poll from CBS News, a whopping two-thirds of Republicans believe loyalty to Trump is important, while 67 percent believe Biden is not the legitimate winner of the 2020 election. Trump hailed the findings in a statement issued by his political action committee.

”Breaking News! New polling by CBS News on the state of the Republican Party (which is very strong!). President Trump has a stronghold on the GOP,” Trump said.

“Eighty percent of Republicans agree with the removal of Liz Cheney from GOP Leadership and only 20% disagree,” he added. “The poll also showed that 67% of Republicans said that they do not consider Sleepy Joe Biden to be the legitimate winner of the 2020 Presidential Election. I agree with them 100%, just look at the facts and the data—there is no way he won the 2020 Presidential Election!”

Democrats should be very worried that they will lose control of the House in the 2022 midterm elections.

The Republican Main Street Partnership survey found that swing districts across the U.S. support “Trump policies” without the noise, meaning they may not necessarily support what Trump said, but they do like what the 45th president did and enacted as opposed to what Joe Biden is doing.

“Competitive swing districts across the country are the key to Republicans winning back the majority in 2022,” said Sarah Chamberlain, president of the Republican Main Street Partnership. “Voters want good, commonsense, conservative policies, without the noise and rhetoric.”