“Unfortunately, racism and racist language is alive and well”, High school student used the N-word multiple times in a classroom presentation while other students laughed and the teacher did nothing to stop it 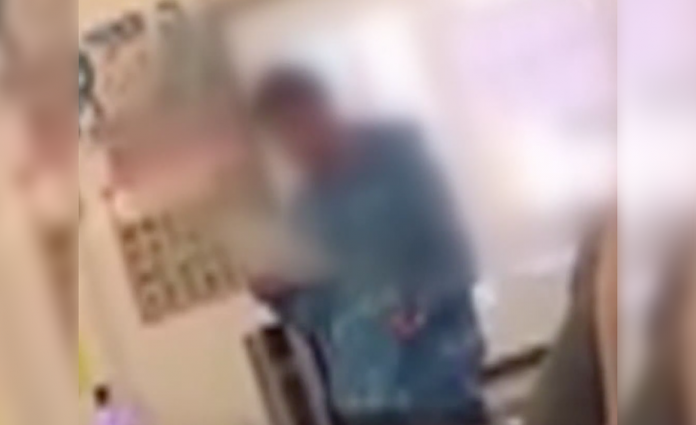 The cell phone video, that was shared on social media, reportedly shows a high school student making a class presentation in which he uses a racial epithet and the n-word multiple times. The school district is now investigating the racist comments made during a class presentation on slavery at a local high school. Over the course of the video, the student uses a racial slur 7 times and the teacher did nothing to stop it. The superintendent calls for the teacher’s firing.

This incident occurred on April 22 at the Paschal High School in Texas. The school officials began notifying parents on Monday, but it escalated when the video began circulating on Wednesday, KDFW reports.

“There is no place for this kind of language in our society, much less in our schools I am appalled by the conduct of the adult in the room and saddened by the message it sends to our students.

When I found out about the incident, it was my recommendation to the board that they discontinue her employment, termination.”

The cell phone video is 3 minutes long. It reportedly shows a male student a class presentation that references slavery. The unidentified student reportedly used a racial epithet and the N-word multiple times.

According to the footage, some students laugh, while others say, “Oh my God.”

The student appears to be reading from a piece of paper while he references slavery. The intent behind the presentation is unclear, Star Telegram reports.

A person believed to be the teacher tells the class, “The point is not to be offensive, it’s his interpretation.”

The unidentified teacher then tells the student to continue.

“We’re not trying to set this in pre-Civil war, we’re trying to stay as true to the original text as possible. Okay, go ahead,” the teacher reportedly said.

According to KDFW, the call for the teacher’s termination is not enough for a group of ministers.

“We are calling for a unilateral system of training so that everyone in the district understands why you don’t use the n-word, not once, but nine times in a classroom.

I’ll be candid with you, I couldn’t get through the entire three minutes. I had to keep pausing to gather my composure to be able to say, is this real? Three minutes and 18 seconds of a presentation on slavery and nine uses of the word n-word. It’s too long for us to sit back and wait for this to change.”

Many parents said that they were confused about the assignment that would prompt the use of the N-word and why the teacher didn’t stop it.

The FWISD superintendent also said that the school district has policies in place that mandate ongoing training regarding race relations and the incident will heighten awareness of behavior that will not be tolerated.

“It’s obvious that incidents like this highlight the need for more racial equity training. Unfortunately, racism and racist language is alive and well. We have over 5,300 teachers, this is not indicative of our teaching core. However, it needs to be dealt with swiftly, and I think thoroughly, with regard to protecting our students’ rights.”

According to CBS News, the school officials sent a letter to parents, which read:

We have been made aware of a video recorded in one our classes last week inwhich a student used profane, derogatory, and racially insensitive language in aclassroom assignment.

This was inexcusable. The language used in the video is neither acceptable nor representative of Paschal High School or of any other school in the FWISD.”

The district did not comment on what disciplinary action the teacher could face. A district spokesperson said the district would not identify the teacher involved.