While high on drugs and alcohol, man bludgeons dad to death for trying to break up fight with his fiancée; convicted 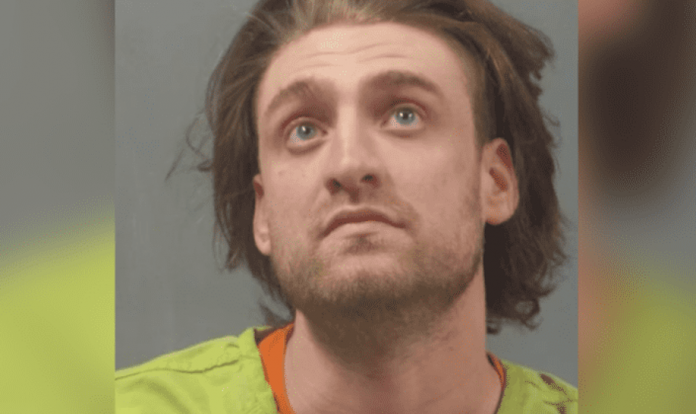 When the 53-year-old man attempted to break up a fight between his son and his fiancée, his own child beat him to death with a golf club. This week, a jury found the 29-year-old son guilty of second-degree murder which unfolded back in 2019. The defendant was also convicted of domestic assault and armed criminal action. His sentencing is due next month as he faced up to life in jail.

According to reports, the senseless murder took place on December 19, 2019. Upon investigating, officers learned that the 29-year-old defendant from Missouri, Nicholas Smoot, had been physically assaulting his fiancée when his concerned 53-year-old father, Eric Smoot, decided to intervene. Eric, a retired Fire Protection District captain, already had an ailing health condition when his son bludgeoned him to death with a metal golf club.

Shortly after his traumatic death, cops arrived at the home shared by the three of them. On arrival, they found Nicholas standing over his father’s body while wielding a bottle.

Officers believe that had they not intervened, the son would have struck his father with the bottle. Immediately after this, they rushed Eric to hospital for treatment. Unfortunately, he succumbed to his fatal wounds, according to reports.

A case was lodged against Nicholas and during a three-day trial, his fiancée testified against him. Several witnesses revealed that Eric had suffered blunt force trauma injuries, lacerations, fractured ribs, bruises to his head, neck, chest, arms, legs, and back.

In the due course of the trial, jurors were told that the shocking incident happened after a night of intense drinking and smoking marijuana, according to reports.

“He lost it that night,” noted County Assistant Prosecutor Travis Partney as he gave his closing arguments. “The fact he was drunk didn’t matter. He knew how frail his dad was. He was trying to seriously hurt his dad.”

After deliberating for less than three hours, the jury found the 29-year-old guilty of second-degree murder, a class A felony which is punishable by 10 to 30 years or life in prison, second-degree domestic assault, a class D which carried up to seven years in prison, and armed criminal action which carries a penalty of no less than three years in jail.

He is now being held in the Jefferson County Jail until the date of his sentencing arrives. “I just want to thank the jury for their service,” shared Partney. “This was a tough case in that the victim was the father of the defendant, which made it a little more difficult for the jurors emotionally.”