While on parole, man entered an intensive care unit for newborns, pretended to be the child’s father and then proceeded to bottle feed the infant 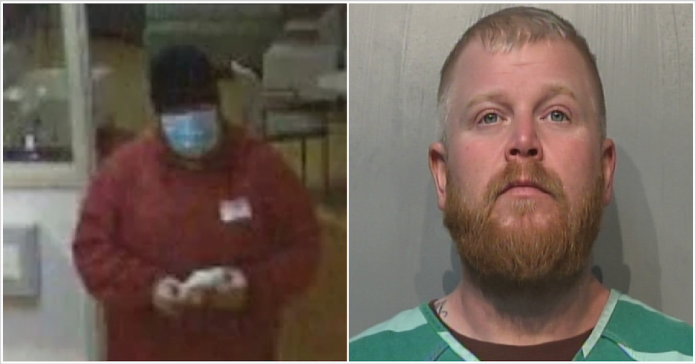 The 36-year-old man reportedly entered an intensive care unit for newborns at a local hospital and pretended to be the newborn child’s father. He then proceeded to bottle feed the infant before eventually leaving. It remains unclear if the man knew the child’s parents or did he have any hidden motives.

According to the Facebook media release, the 36-year-old man from Iowa, Adam Joseph Wedig, snuck into a secure area of a local hospital, misrepresented himself as a child’s father and then bottle-fed the infant.

At the time of his arrest, the 36-year-old man was reportedly booked on a parole violation. It remains unclear what crime Wedig previously committed.

This incident occurred on Dec. 27, according to reports. It remains unclear how Wedig was able to make his way into the ICU unit.

The infant was not hurt or harmed in any way, police said. The episode led to cops searching for a motive.

“This is certainly an alarming and unsettling incident. Detectives did determine that there was no intent to cause the infant harm.” the police release stated.

‘MercyOne takes the safety and security of our patients and families very seriously. The incident that took place last month is extremely troubling.

We are actively cooperating with the police department on this ongoing investigation and have conducted an internal investigation into the matter, which prompted several changes to our policies and protocols to expand our security and prevent this from occurring in the future.”

MercyOne also announced that it’s planning to re-educate staffers about security protocols, to increase identification checks and visitor-sign in procedures at hospital entrances, to implement other enhanced security measures, and to beef up staffing levels in nurseries and around the neonatal intensive care unit.

Wedig is now charged with two counts of criminal trespassing. This incident remains under investigation. This is a developing story and it will be updated as new information become available.