While Twitter rules apply for Trump and he got permanently banned from the platform, Taliban spokesman continues to spread their propaganda 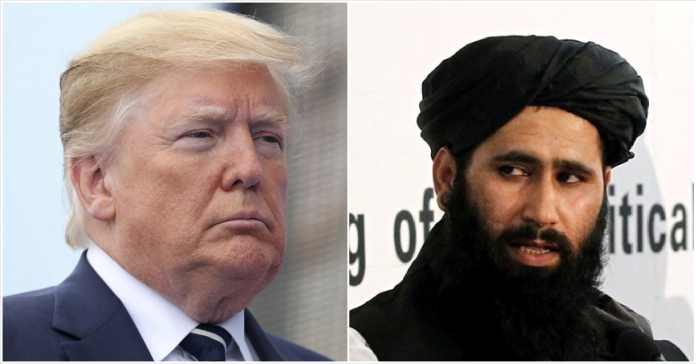 Twitter drew fire from critics who noted that allowing the Taliban to remain on the platform stood in contrast with the company’s January move to impose a lifetime ban on former President Donald Trump.

That’s right, Twitter is refusing to join TikTok and Facebook and ban the Taliban from using its platform. A spokesman for the company sidestepped the question, saying in a statement it would “continue to proactively enforce its rules on the glorification of violence, platform manipulation and spam.”

The statement also took a moment to sell the company as a communication platform, saying it was “witnessing people in the country using Twitter to seek help and assistance.”

The Taliban spokesman Zabihullah Mujahid maintains an active presence on Twitter, where he enjoyed more than 200,000 followers as of Tuesday.

“Freedom and democracy are not doing well when Twitter continues to ban Trump’s account but relays the Taliban spokesperson’s without any second thoughts.”