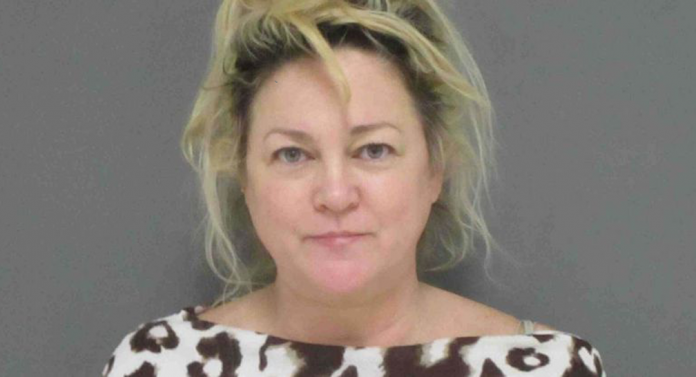 In a bizarre incident, the 49-year-old woman allegedly told a woman at Walmart that she wanted to buy her son. It all began when she allegedly approached the other woman in the self-checkout line at Walmart where her 1-year-old son was seated in the cart.

According to reports, the woman from Texas, Rebecca Lanette Taylor, allegedly asked if she could purchase the smallest of the woman’s two children for $250,000. She was charged with the sale or purchase of a child and later released on a $50,000 bond.

On Jan. 18, Rebecca Taylor approached them commenting on the baby’s “blonde hair and blue eyes. She asked how much she could purchase him for,” the unidentified woman told police about the encounter, according to a police report.

“(The mom) tried to laugh this comment off, thinking Taylor was joking. Taylor told her that she had $250,000 in the car and she would pay that much for him. (The mom) told her no amount of money would do,” a police official wrote in an affidavit of probable cause filed by the police department.

The mother pointed out that Taylor was with another woman and what was extremely odd to hear is that they began calling her son’s name. The mother had never provided her son’s name to the women. The mother waited for the women to leave before leaving to go to her vehicle, according to the report.

“Once in the parking lot,” the police report went on to state, “Taylor began screaming at (the mom), saying if she wouldn’t take $250,000 for him, then she would give her $500,000 because she wanted him and she was going to take him.” The mother locked the car and was able to get her children safely away from Taylor, after which she reported the incident to authorities.

Officials reviewed the surveillance video from Walmart and it appeared to match the mother’s claim, the report said. Taylor was later arrested and charged with sale or purchase of a child, which is a third-degree felony in the state of Texas.

Her bond was set at $50,000 and she bonded out of Houston County Jail on Thursday, officials confirmed. An official from the County Clerk’s office said that the Grand Jury meets once a month but it’s unclear when they may be asked to indict Taylor. If she’s indicted, she will be required to appear in front of a judge.