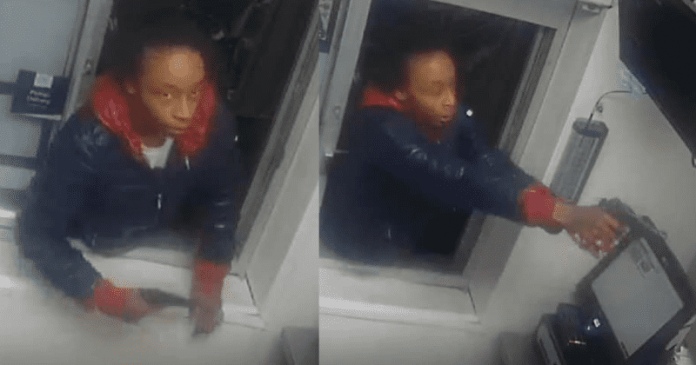 An exchange between a woman and the employees of a Burger King drive-thru took a violent turn after the customer grew agitated over having to wait for her order. While at the fast-food joint in Tennessee, the disgruntled woman was caught on camera getting out of a vehicle’s passenger seat and walking up to the drive-thru window. Turning aggressive, she began having a heated verbal scuffle with the employees before going back to her car, only to return with a black handgun in her hand.

Leaning into the window of the drive-thru, the angry woman began firing shots at the employees, who had no idea they would be in a life-and-death situation when they arrived to work that day.

Frightened by the armed woman, the restaurant’s staff immediately started running for cover and scrambling out through the restaurant’s backdoor, and thankfully, nobody was hurt during the senseless shooting.

Details released by the Memphis Police Department on Facebook revealed that the woman was not alone when she arrived at the restaurant. Along with her was a male, who drove the gray sedan that the woman got out of before opening fire on the unsuspecting employees.

Upon hearing the incident, Paul Ayers, who used to be work at a fast food joint, revealed that he’s had bad instances but never seen something escalate to this extent. “Had food thrown at me. Got cussed out but not that serious there. No,” Paul shared.

Some suspect that the woman may have already been on edge before making her way to the restaurant; they believe a long waiting time to be served was no reason that warranted the kind of reaction she had. “It had to be something deeper than just an order taken too long,” said one man.

One customer, Dewayne Wilson, said, “I hate they was impatient. Kids work there. So you know that’s the thing. That’s kind of messed up, I’m glad everyone is OK.”

As news spread about the shooting that took place at the local Burger King joint, one customer noted that the incident was certainly disappointing, but not surprising, given the sheer number of gun violence incidents that are now being frequently reported.

Following the shocking incident, Burger King released a statement, which read: “We do not tolerate or condone violence of any kind at our restaurants because the safety of our team members and guests is our top priority. Fortunately, no one in the restaurant was injured during this incident. The restaurant operator is fully cooperating with authorities on their ongoing investigation.”

Hoping for leads on the investigation, the Memphis Police Department said on Facebook, “You can submit anonymous tips from our free and secure mobile app by searching your app store for ‘P3 Tips.’ If an arrest is made, you could be eligible to receive a cash reward of up to $1000 from Crime Stoppers of Memphis and Shelby County, Inc.”