Woman wakes up to blood dripping from ceiling fan, learns it’s from the apartment above her 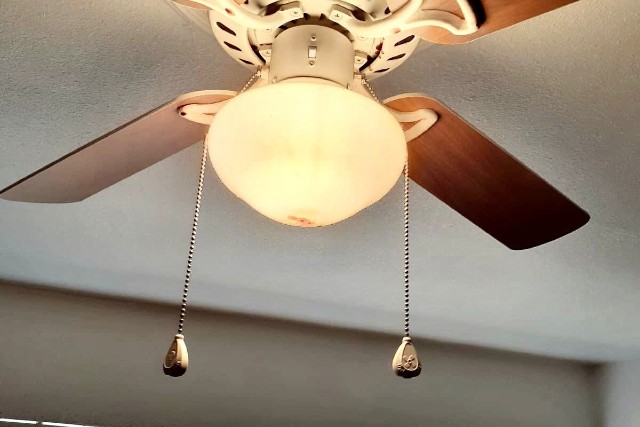 It sounds like a scene from a movie, but it was very much real life for this 58-year-old woman. When she woke up around 4 a.m. on May 8 she found blood sprayed on herself and all around her bedroom. For reasons unknown to her at the time, blood had seeped through her ceiling and splattered on her as her fan ran the entire night.

The woman from Texas said she woke up to the sound of something dripping. Initially she thought it was rain, but then she spotted blood on the walls, and upon a closer inspection she saw it on her bed and on herself.

“It grossed me out, I was in shock, I thought this isn’t real this is a dream, wake up. I called maintenance and they said are you sure and I said blood is falling on me,” she said.

She called 911 and police and firefighters responded to the apartment complex. After no one answered the door of the apartment above Cardenas, officials broke down the door.

Inside they found a man who had been deceased for approximately five to six days.

The man had been lying directly above Cardenas’ fan.

“They took the fan down and a pool of blood came down,” she said

Now Cardenas is trying to find a place to live and a way to replace her belongings.

“I told them my bed is covered in blood and they [the apartment complex’s management] told me they’re sorry but the insurance won’t pay it,” she said.

Management paid for a few nights at a hotel, but now she needs a permanent place to stay. She also sought medical treatment as she had blood on her person, and she also sought counseling.