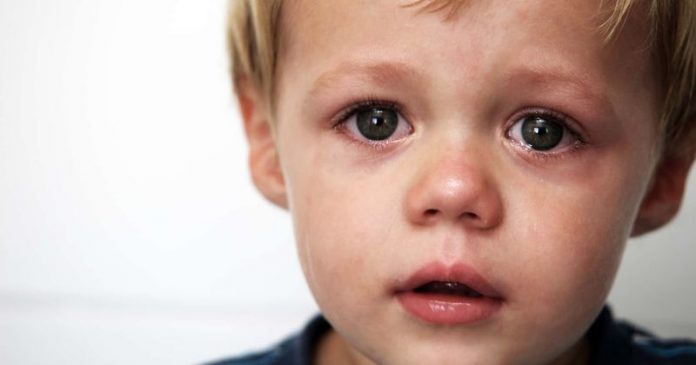 A woman who “resented being a mum” manufactured different ways to cause harm to her child and paint it like an accident so she could get away without being punished. Thankfully, the toddler is now in safe hands after being found in a miserable condition by social workers. Initially, the young mother in her early 20s tried to pin the blame on her boyfriend and claimed he was the cause for the 80 bruises found on the toddler’s head and body. But eventually, the woman admitted in court that she inflicted the abuse on her child and tried orchestrating different ways to harm him.

On one occasion, the mother placed a straw inside a bottle of bleach and left it out for her three-year-old son to drink. On another occasion, the mother left ladders out next to an open window, hoping the little boy would climb up to the windowsill. The plight of the little boy came to light after the young woman, whose identity was not revealed to protect her toddler son, had paid a visit to her boyfriend’s mother.

During the visit, the boyfriend’s mother saw the child’s condition and questioned the woman about the injuries on his body. In response, the woman claimed her son fell down and claimed she was guilty of “nothing but not watching him.” Luckily, the boyfriend’s mother raised the alarm and contacted social services to inform them about the little boy. The very next day, social workers arrived at the residence and found the boy in a horrible condition. It was revealed in court that they “had never seen anything so bad.”

Before being placed in child protection, the boy was looked at by doctors, who found severe bruising on the child’s head, legs, and arms. Doctors also found bleeding to his retina. After first trying to blame her boyfriend for the injuries, the woman revealed that she was the one inflicting the sick abuse on her child over the span of four months. And her reason for doing so was because she “hated being a mother.”

As she told the court about how she “resented being a mum,” the young woman also revealed that she hated having to put her son before anyone else. Her lawyer said the young mother was ashamed of her actions and added that she was diagnosed with a borderline personality disorder. After pleading guilty to two counts of child cruelty, the woman was given a two-year suspended sentence that would allow her to receive support for her condition. The judge also ordered her to complete 40 rehabilitation activity requirement days and gave her a six-month curfew order.

“This would not be available for a short custodial sentence and the work would not be done. That is why it is in the public interest,” judge Penelope Belcher said. “If you had another child social services would be all over this and you might find that the child would be removed.” Currently, the child is doing well and remains in a “secure safe environment.”