Woman who suffers from a heart condition and severe hypoglycemia claims she was kicked off a flight because she ‘regularly’ pulled her mask down to drink water; lawsuit 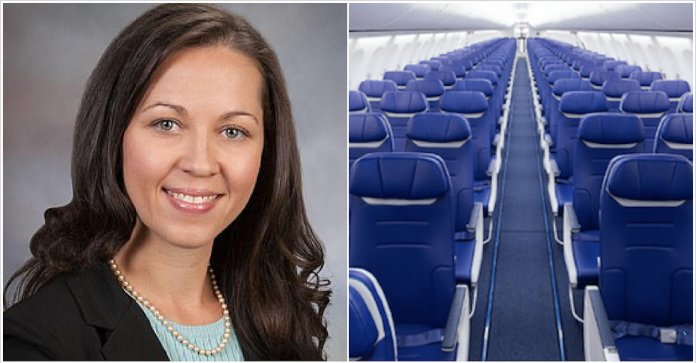 According to reports, the 68-year-old woman is now suing the Southwest Airlines for $10 million after she claimed that a flight attendant reportedly removed her from the plane before takeoff because she regularly pulled her mask down to drink water. The woman claims in her lawsuit that she was wrongly removed from the aircraft.

The woman from Florida, Medora Reading, was on a flight from Washington DC to Florida on January 7 where she claims in her lawsuit that she was wrongly removed from the aircraft.

The 68-year-old woman also said that she needed to stay hydrated because of medical issues such as a heart condition and severe hypoglycemia (low blood sugar).

The woman is also subject to fainting spells (particularly when her breathing is labored and/or she is placed in particularly anxiety-producing situations), the lawsuit states.

Reading claims her disabilities are triggered by wearing a face covering and told the agent she would need a medical accommodation for the flight.

In the suit, Reading says that a hostile flight attendant still demanded that she keep her mask on. The 68-year-old woman then reportedly offered to show the attendant her medical exemption card but was told – “we don’t care.”

According to the lawsuit, a gate attendant ordered her off the flight as an unmasked pilot allegedly laughed while she tearfully exited.

Reading also said that officers offered her water, while commenting that these occurrences were happening far too often and it is usually Southwest.

Reading’s lawyer, Kristina Heuser, reportedly said that a planeload full of witnesses saw the encounter and some may have videotaped it. She also said that Southwest’s hostile and abusive conduct reflected a COVID insanity that should not override federal laws protecting people with medical disabilities.

The lawsuit states violations of the federal Air Carrier Access Act, which prohibits discrimination against disabled travelers, and various civil rights laws. The lawyer also said that the flight attendant, two gate officials and the pilot are also defendants.

“We have no immediate comment to offer on this now-pending litigation, as we make an initial review of the complaint.”