Women who seek abortions in Texas could be turned in for a $10,000 reward under new law 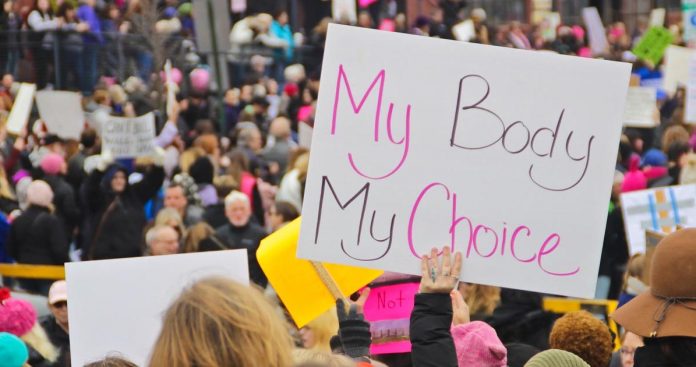 Anyone in the U.S. will soon be able to sue anyone who aids in an abortion under a new antiabortion law in Texas. The Texas Heartbeat Act is one of the nation’s strictest abortion measures, and bans women from having an abortion at and after 6 weeks – before some women even know they’re pregnant.

The new law amounts to an outright ban on abortions, as the six-week cutoff is two weeks after a missed menstrual cycle.

Soon anyone in the U.S. will be able to sue Texas-based abortion clinics, doctors and anyone who aids an abortion as soon as a heartbeat is detected and receive a $10,000 award and the cost for attorney’s fees.

Pro-choice campaigners have said this latest reward scheme will result in a new industry of aggressive antiabortion bounty hunters.

Pro-Choice group Women’s March said the move means surgery providers, nurses, friends and others who facilitate an abortion can be sued and are calling for this law to be changed before it takes effect on September 1.

The law does have some exceptions regarding abortion, such as in the case of a medical emergency, but still stands in cases of pregnancy due to rape or incest.

In the past, six-week bans in other states have all been eventually found unconstitutional as they’ve passed through the legal system.

The move has been branded as a “legal hack” by empowering any American to sue on their own will limit abortion clinics from being able to challenge the state law through the courts as the complaint is coming from a private citizen.

“Every citizen is now a private attorney general,” said Josh Blackman, a constitutional law professor at South Texas College of Law Houston.“You can have random people who are against abortion start suing tomorrow.”

Over 370 Texas attorneys, including county attorneys, current and former elected officials, former judges, and law professors wrote a letter to the state legislature in April expressing their concerns over the bill.

“By allowing anyone in the country to sue, we would be throwing open our courthouse doors to harassing and frivolous lawsuits against doctors—putting more strain on our already overburdened court system,” said Dallas County judge Clay Jenkins, one of the letter’s signers.

Governor Greg Abbott signed the bill into law in May saying: “Our creator endowed us with the right to life and yet millions of children lose their right to life every year because of abortion.”